The Method Behind the Music

The Method Behind The Music 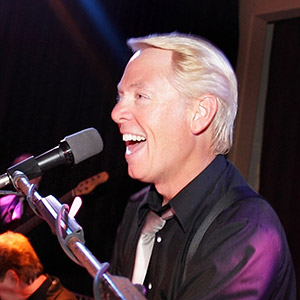 Michael is in rare company as a lead-singing keyboardist. His voice glides easily from sophisticated Sinatra era jazz standards to screamin’ AC/DC, soulful Bruno Mars, and hip hop’s Macklemore. Legitimacy and flexibility across a vast range of styles is Michael’s hallmark.

At age 12, Michael began his professional music career on Mercer Island, as lead singer/lead guitarist in a rock ‘n roll band called “Spring Fever.” The Beatles, Jimi Hendrix, Sly & The Family Stone, The Doors, and Chicago all provided the earliest inspiration for Michael. The band played together for five years at local dances. At the tender age of 14, Michael and “Spring Fever” were picked to join other selected bands from around the nation at a week-long pop music seminar for music educators in Madison, Wisconsin. That was July ’69, the summer of Woodstock. There, his band shared the concert billing with four other bands, including The Bob Seger System.

An interest in jazz led him to study with noted jazz pianist Jerry Gray in his junior year of high school. Jazz became his new passion, and while going on to earn his B.A. in Music Education at the UW School of Music, Michael formed a jazz quintet, for which he composed and arranged. This quintet eventually led to the establishment of The Michael Benson Band in 1975.

From ‘78 to ‘90, Michael Benson was a high school jazz and concert choir director in Seattle and Shoreline. He also taught Afro-Cuban percussion, stage band, and guitar…a truly multi-ethnic experience! His students kept feeding him current dance hits of the day, in all styles, and this cemented his passion for the wide range of music he now loves to perform. During the Ingraham, Chief Sealth, Shoreline and Shorewood High School years, he arranged and composed over 60 songs for choral ensembles. In ’87, he earned a Master’s in Secondary Choral Music Education from the UW, which he put to good use for the remaining years of his high school teaching career.

In June 1990, Michael took a leave of absence from Shorewood in order to complete his debut album release, “SUNLIGHT OF THE HEART,” currently available from Whitecap Records. The album was released throughout the U.S. and northern Europe, where it was played on over 120 radio stations. Despite fan support in radio markets around the country, distribution problems with the CD resulted in modest sales. Listen to Michael’s Original Album, “Sunlight of the Heart” here.

In 1993, Michael helped co-write and produce, with then rising star Loni Rose, a Christmas single for the Northwest titled “Evergreen Christmas”. Her song played on 22 Northwest radio stations and sold briskly in it’s debut year. Today it is a top-ten Northwest Christmas hit. “Evergreen Christmas” launched a career for Loni (http://www.lonirose.com/fr_home.cfm) that has long since gone into overdrive, with recording contracts, songwriting agreements, nationwide collaboration and concerts. Oh, and Loni was also one of Michael’s guitar and choir students at Shorewood H.S.!

In 1995, Michael helped co-produce, along with his former Shorewood student Oman Quijano, Seattle based R & B group “Second Nature”, who was first recorded on his label, Whitecap Records. They were later released on Intermix Records and toured nationally for two years.

In the fall of 1992, Michael continued his teaching career, but this time at the elementary level, where he delivered vocal and general music instruction to Syre Elementary students aged 5-9. He continued this on a part-time basis until June 2007, when the MB Band became his sole professional focus. Today, The Michael Benson Band is the single most sought-after band in the Northwest, playing about 100 non-club dates a year, many of them booked over a year in advance. 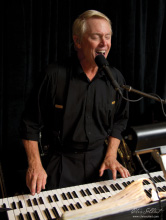 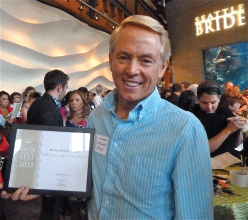 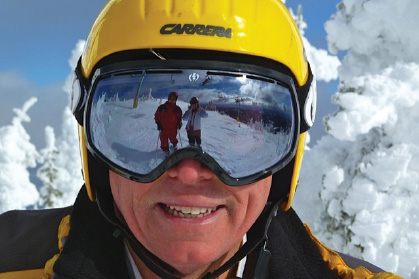 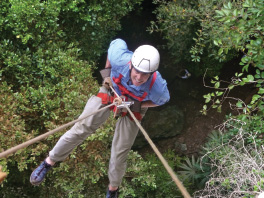 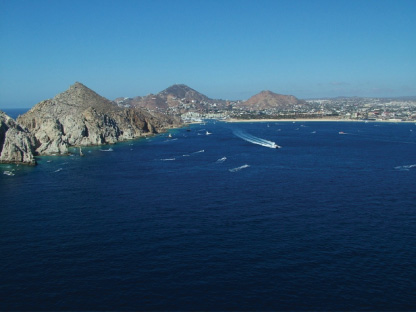 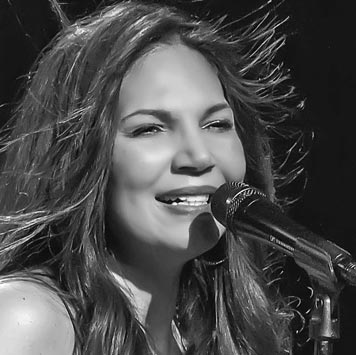 Darelle Holden is a silky smooth songstress with deep musicality. Pop Diva, R&B Powerhouse, and Jazz Siren all apply to her unique and diverse vocal styling. Darelle toured Internationally for 17 years with superstar Sir. Tom Jones, ala, “20 Feet from Stardom” and along with her constant touring schedule she’s made countless appearances on Dancing With the Stars, The Tonight Show, The View, Jimmy Kimmel Live, Late Night with Conan O’Brian and the list goes on. Darelle also performed the duet “I Wanna Get Back With You” with Sir Tom Jones. Darelle's distinctive vocals can also be heard on the Tom Jones classic “Leave Your Hat On” which is featured on “The Full Monty” motion picture soundtrack. Darelle has performed with extraordinary talents such as Earth Wind and Fire, Bobby Caldwell, Ellis Hall, Elton John, Jazz guitarist Norman Brown, Gerald Albright, and most recently Stevie Wonder. 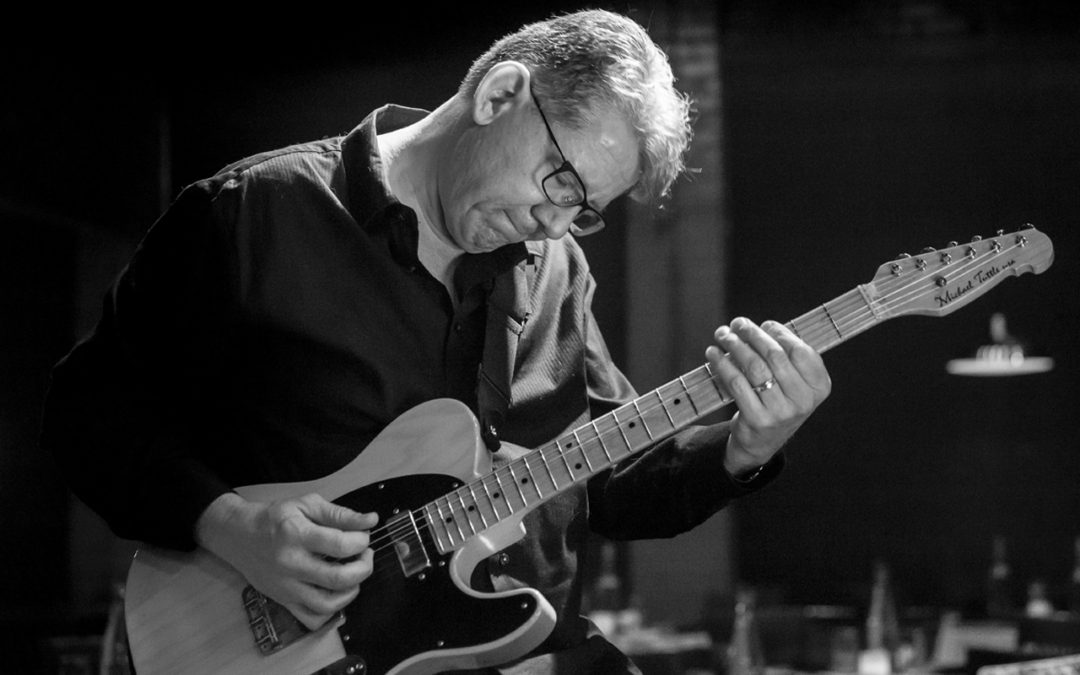 Brian is an eclectic guitarist with broad experience as a performer and studio musician; he easily shifts gears between jazz, rock, pop, funk, soul, country, blues and other genres.

He has performed with several well-known artists, including a nearly 18-year stint as the musical director and guitarist for legendary singer Tom Jones. As a studio musician, Brian has recorded with Natalie Cole, Gloria Estefan, Michael Bolton and numerous latin music stars.

In the jazz & instrumental music realm he has contributed to recordings by Nelson Rangell, Wayman Tisdale, Ettore Stratta and the London Philharmonic and numerous records with smooth jazz saxophonist Paul Taylor.

In addition to playing with the Michael Benson Band, Brian can be heard around the Puget Sound region with Lee Oskar, Joe Doria, Darelle Holden (313 Soul), Bill Anschell Quartet, Nearly Dan and other local favorites. 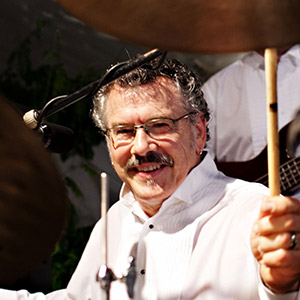 While at the UW, Pete met Michael Benson and they began a musical collaboration and friendship which is still going strong after 40 years. Amazing!! 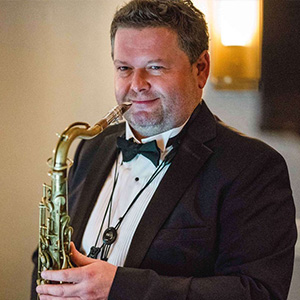 Alexey Nikolaev began playing saxophone at 15. He studied composition and arrangements at Gnesin's Academy of Music in Moscow, and also studied with saxophonist Dave Liebman. 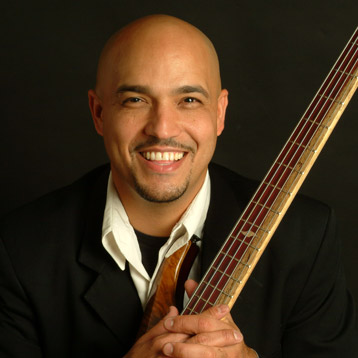 Osama Afifi (pronounced o-sam-uh) has been a professional bassist since 1983, and has recorded and performed live with many artists such as Yanni for two years during his U.S. and Canadian concrert tours. Toured Europe and Canada with French artist Vanessa Paradis produced by Lenny Kravitz. He appeared on VH1 TV show "Storytellers" with The Doors. He has worked with Grammy-nominated jazz vocalists Kurt Elling and Nnenna Freelon, The 5th Dimension, The Cadillacs, jazz saxophonist Gary Herbig, singer Debbie Boone, former Miles Davis keyboardist Kei Akagi, Doors drummer John Densmore, and jazz trumpeter Tony Guerrero.
Osama was the bassist for the B Sharp Jazz Quartet who were recognized by numerous national and regional magazines and newspapers. They toured the United States and Europe. Afifi composed and co-wrote a song entitled "Nami" that was featured on the group's CD Searching for the One. The song was quoted as "a future Jazz standard" by Billboard Magazine.
Since moving to the Pacific Northwest he has worked with the Tacoma Symphony, Judy Collins, Kareem Kandi Quartet, Darren Motamedy, David Keys, Hook Me Up, Gail Pettis, Michael Powers, Wally and the Beaves and many others. His education includes studies at the Dick Grove School of Music. He also studied with Jeff Berlin and Gary Willis.